As we promised in this post we want to show you  what is a plant cover, why and how we look so much after it.

These days we have been cutting the plant cover, but why is it so important to maintain it?

Firstly, it helps us to keep the soil humid and reduce evaporation as it protects the Surface from the sun´s radiation. Moreover, it stimulates the arrival of numerous insects, many of which are beneficial for our fruits, which find not only a place to live, but a food source. Deepening in this aspect of the food, we want to make clear that not only the bees, which we tender and defend, feed on pollen. There are many other insects such as Anagyrus pseudococci which in absence of plagues on whom to feed the feed on pollen.

Avoiding the soil to be “naked´´ reduces erosion, especially during the episodes of intense rain which are so characteristic of the Valencian region. This is mainly due to the impact´s strength reduction of the rain drops, to the easier infiltration thanks to the pathways opened by the roots and due to the avoidance of superficial dragging of soil and organic matter as “weeds´´ act as a wall.

Throughout the agriculture´s history, on many occasions, the soil has been considered as a physical element. Nevertheless, there is much evidence that proofs that it is a living element, home to millions of microorganisms which increase fertility. The plant cover enhance the proliferation and stability of the ideal conditions for the growth of these microorganisms

So, why do we cut the plant cover? Everything has got its explanation: firstly, if we don´t cut it the orchard becomes a little jungle impossible to cultivate with time. Secondly, there is a plant family, leguminous, which fix nitrogen on its roots by capturing it from the air. A great part of this nitrogen is used when the plants produce their seeds, that´s why we cut them before this happens so that nitrogen remains in the soil. Don´t worry, we leave some of the plant untouched so that we have seed for next year.

Some citrus plagues such as snails use plant covers as a stair to climb to the trees and feed on them so we try keep the plants at a low level to prevent this from happening.

Yes, we know what you are about to ask: And what happens with the insects which feed on pollen? To keep everyone in our orchard happy we cut the plant cover every two tree rows and when flowers start to bloom again in the sickled row, we cut the ones we left the first time.

As you see, even though  the clementines and oranges give us a break in between seasons, the orchard must never be neglected. Non-stop! 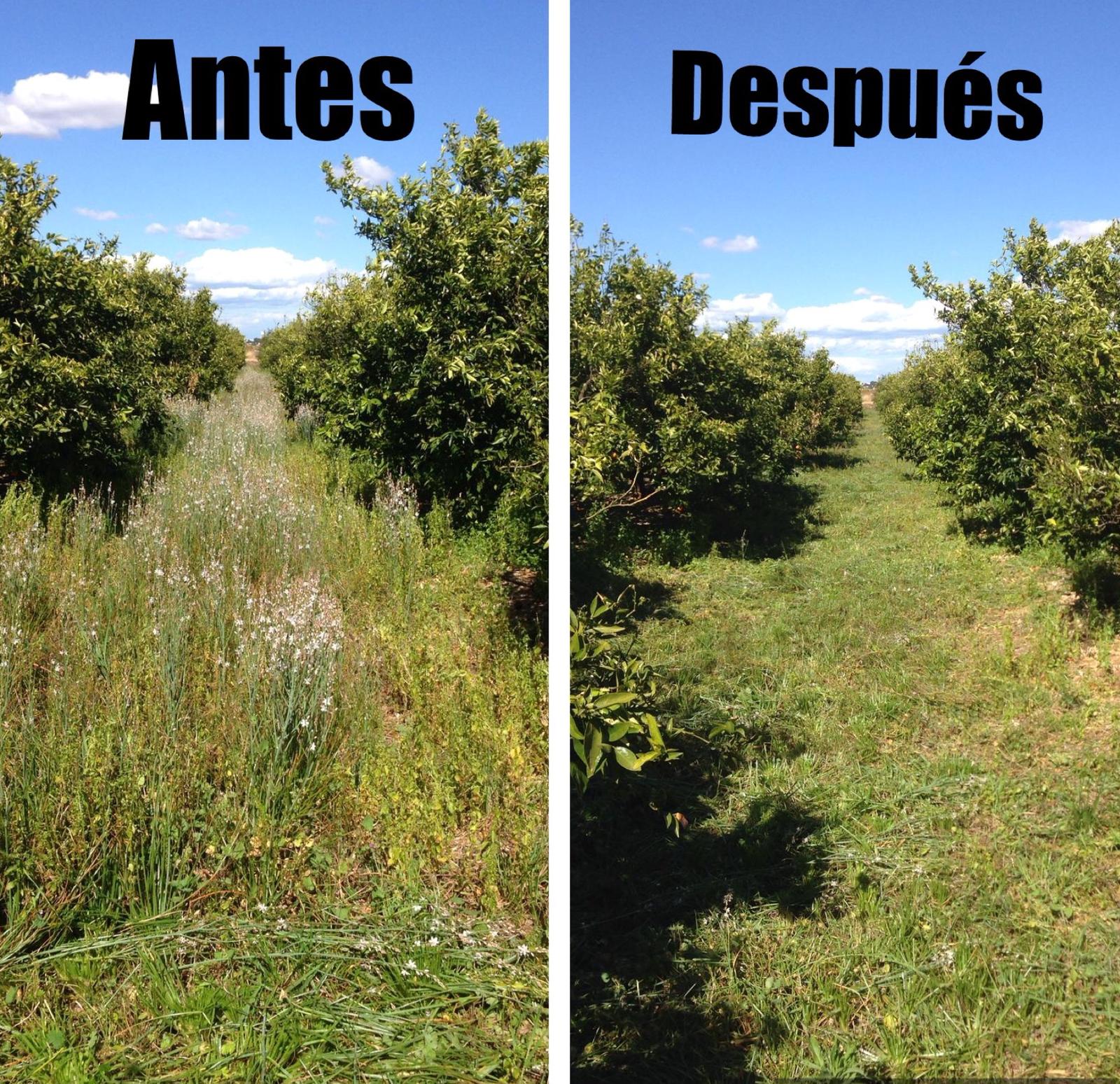 As you see, even though  the clementines and oranges give us a break in between seasons, the orchard must never be neglected. Non-stop!