The beehive …Our precious treasure!

The world of the bees is fascinating and we could talk about them for hours, but we want to start by explaining you how does their home work: the beehive.

The apiculture is the practice of keeping and reproducing bees and it has progressively evolved since the egyptians started to construct mobile beehives.

In between the palm trees of Naranjas San Rafael we keep and breed our bees in a type of  vertical beehives called Dadant. This hives are the ones which produce honey of a higher quality as they don´t have any offsprings trace which can be found in honey from horizontal beehives. Moreover these hives are ideal for the bees preventing their weakening after the honey removal, as the offsprings remains intact. 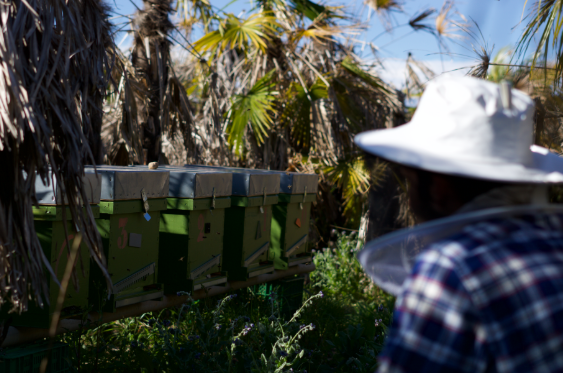 The bees are an essential part of our orchard and our environmente. We want you soon to be part of it.

We will keep on explaning you interesting facts of this little and “sweet” insect!